Or… it was supposed to be Anime Japan 2016, a huge anime convention in Tokyo. We planned to participate with B san. But as it turned out today they were still just building the stands in the halls. So you can see it empty: 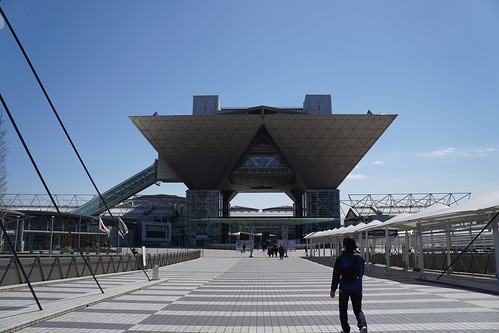 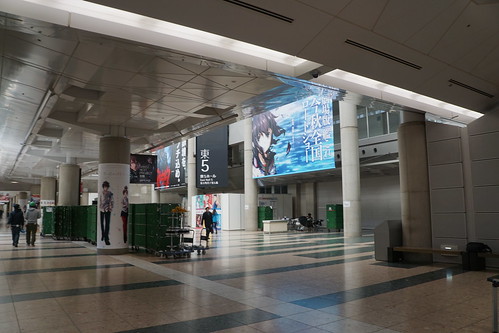 And tomorrow I am going back to check it out again 🙂

Since we already were in Odaiba we went to see the Gundam statue! If you are ever in Odaiba for some reason (its the middle of nowhere) definitely check it out (since it’s kind of the only interesting stuff around 😛 ) 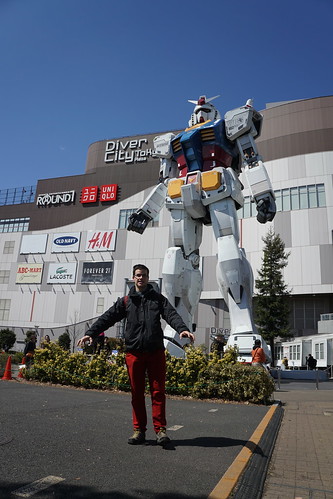 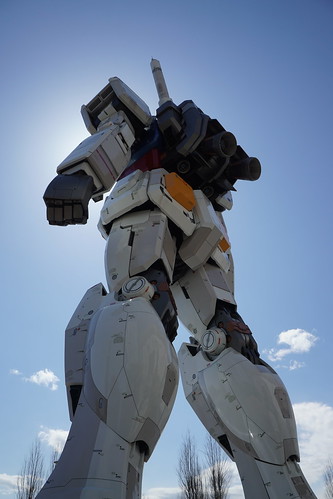 If you are not familiar with the series, Gundam is kind of the birth of Mecha anime’s. So huge robots beating the hell out of each other and a quite a lot of shooting with some space opera. 🙂  I guess it is probably “life” size because the statue is huge!

But to stay in spirit and use the day well we went to Aki(ha)ba(ra) to see a looooot of manga and anime stuff mixed with a variety of electric stores. Its just amazing how many variety there is. Figures, pillows, stickers, posters, figures, games, photos, figures, toys, models, and did I say figures? My friend knew a few places worth to check out so we walked around for quite a while. They even have retro, old school stuff. There are a few specialized places too where you can only buy retro. There are big stores, small stores, stores where people or online stores rent displays for their stuff and more and more stores. Its amazing, really. 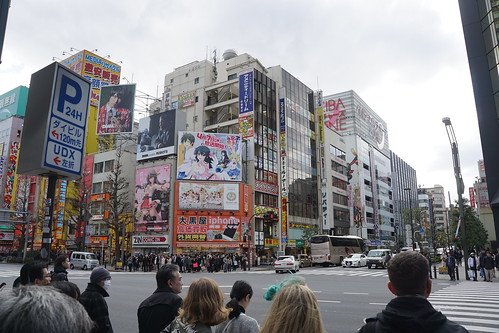 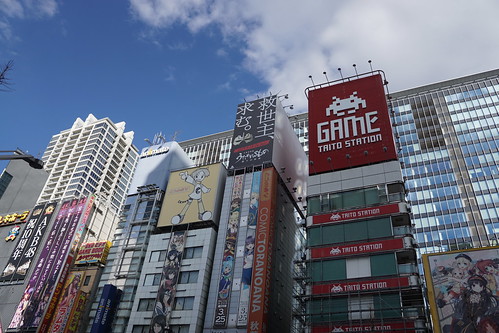 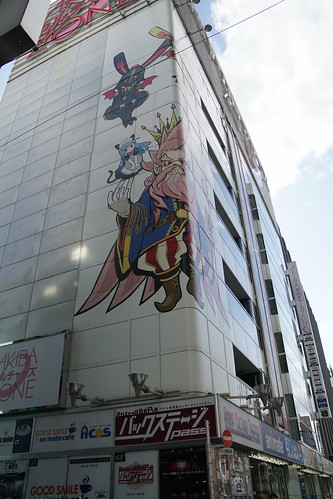 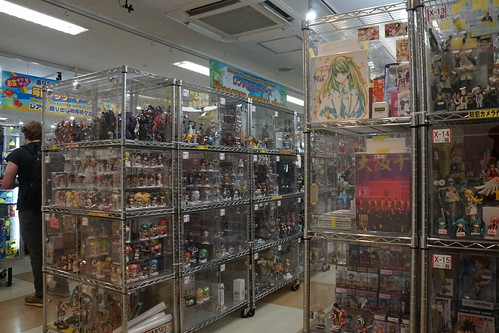 If you are there, check out this small Ramen place. 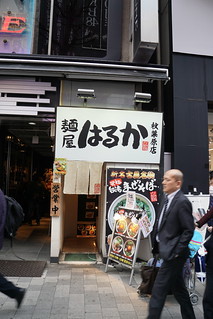 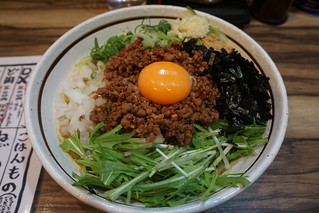 They have delicious food and the portions are big too. You are set for lunch for about 1000 yen.

A huge Yodobashi Camera is in Akihabara too. If you need anything that works with electricity (and sometimes even stuff that doesn’t) this is your place. More then five levels of cameras, computers, household stuff and who knows what. I have seen here the Japanese sales technique in action the first time. Its like a market place at home in the country side. Shouting about what they are selling, very loudly and a lot. Selling laptops and iphones shouting and trying to convince the people.

Also learned something new. The plugs. Because why could they be the same… To use anything here you will need a converter (if your charges is ok with the volts here) and for that you have to know what you use where you come from. Which usually I assume nobody knows. Therefore standing in front of a lot of converters clueless is an inevitable experience. And its not fun. 😛 But to make it easier for you: C is the small plug, like phone chargers and E is the bigger one like laptops. Yes, it looks like we have two in EU.

Some things from the first day:

If you like books (and can read in Japanese) BookOff is your place to go to. It is a huge second hand book chain with additional departments for CD/DVD/Games and also some used electronics like consols and phones.

If you want to use internet in Japan you have two main options as a tourist. You can rent a pocket wifi with data or buy an IIJmio sim for your phone. This is a data only sim and makes navigation in Japan a whole lot easier. This is what I went fot at the moment. 2GB for 3 months for somewhere around 4000 yen. It is using Docomo network. Setting up is a bit tricky and it leaves you with a constant error notification but works like a charm.  I am a happy customer 🙂

If you like matcha you have to try Matcha KitKat too! Its one of the versions of Kit Kat in Japan. Some explainable reason KitKat is big in Japan. They even have their own specialty shops.

Trains, trains, trains. The trains are punctual, very clean, comfortable and well cared for. They have a card called Suika with which after charging it you can travel easier and faster. Every station has the Suika ticket doors, even if its in the middle of nowhere. It works also like a Paypass in the EU. You can just charge it and pay with it in some shops too.

Getting around in Tokyo is very easy with just English. Mostly all the signs have English too. Its a big maze of metro and train lines. You can have day tickets too specifically for Tokyo metro and a few other extended and more expensive options are also available.

The weirdest job in Japan so far is the sign holders jobs. They are getting payed to just stand somewhere with a paper in their hands. And I have seen quite a few of these. 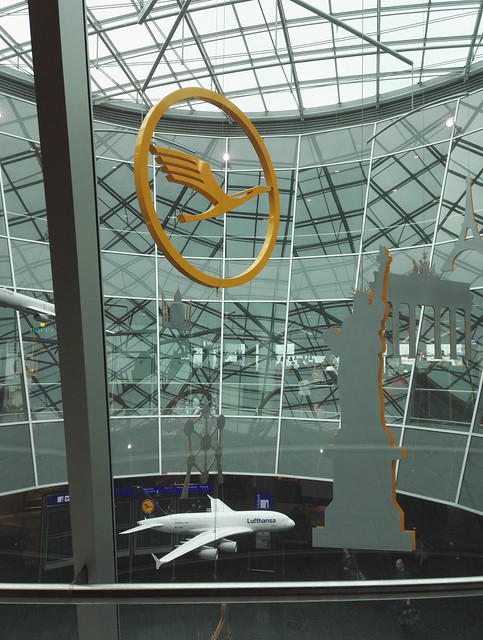 After quite some struggle arrived to Japan. My first plane got cancelled due to the terrible attacks in Brussels. I made it to Aachen and stayed at a friends place to reach Frankfurt airport in the morning for the second flight to Narita. 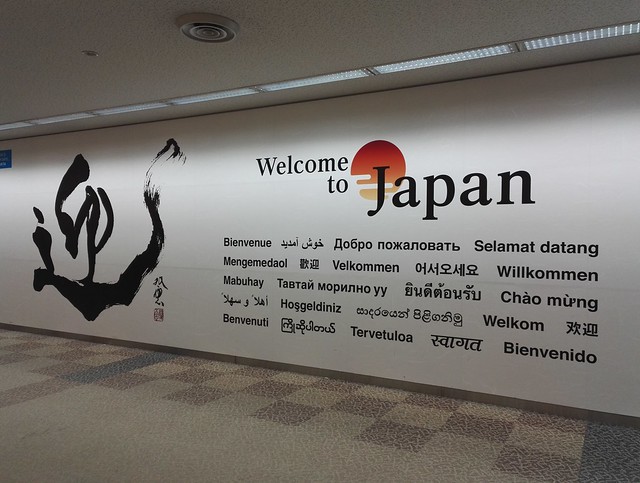 It’s a loooong flight! Note to self, buy noise reduction headphones. The background noise of the plane is quite loud for watching movies with normal volume. I had a nice Japanese lady next to me. They were in Italy to see an Opera! Of course a few extra days here and there, but they went for the opera. She loves Kabuki more 🙂 Aniko, you should check out Kabuki 😉

I had a nice welcome! 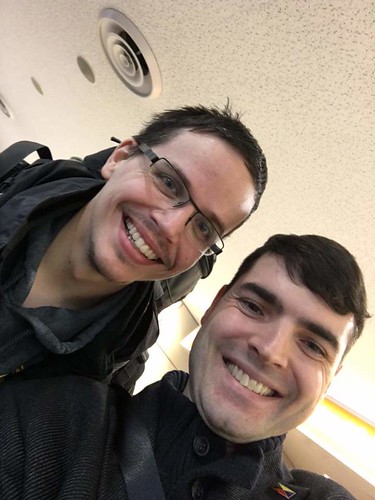 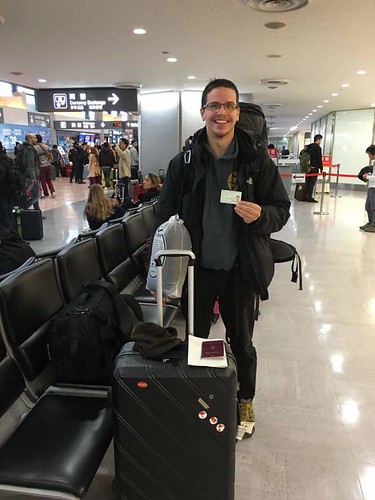 And got registered right away. Getting in the country is fast, convenient, no issues at all.

The next few days will be in and around Tokyo! I will keep you all posted 😉 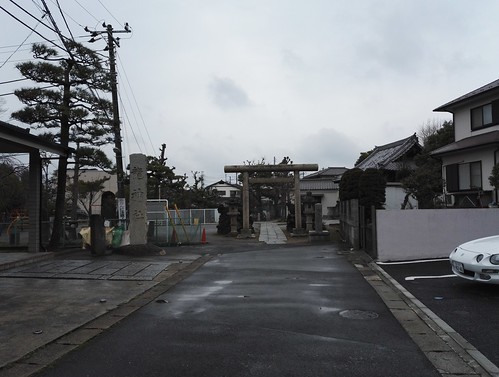 Oh, and this Jinja is like next door to my friends place! Had an amazing home made lunch and karupisu, stayed awake so far, and heading out for dinner soon.

Tomorrow hopefully Anime Japan! I will bring my camera! 🙂

The departure date is coming and I started to plan out the first few weeks.
Two times 23kg is a surprisingly small amount of stuff to travel with for a longer period. And I did not pack any boardgames :p
I have a plan! There will be a huge boardgame convention 😉
http://taiken.co/single/kobes-game-market-2016
Hopefully there will be some players around the uni too.

An other plan is the yearly anime con!
http://www.anime-japan.jp/en/
If I can make it you can expect some videos, photos and posts about them!

The date of the flight is coming so I ended the fundraiser here on Generosity.

If you still would like to donate you can do it by bank transfer or Paypal (https://goo.gl/6J83Pq)!

Thank you all a lot for helping me on this journey, I will try to have a lot of stories, photos and videos for all of you! More updates will come soon!

Support me with wire transfer or on PayPal!

Part of this moving is packing and gathering information. The packing part goes quite slowly but today was a big step. I started to sort out stuff I want to bring and stuff I have to bring and gather them in one place, next to the suitcases. Next phase will be making the piles smaller 🙂 Its always a trade off and I was a hoarder since forever. 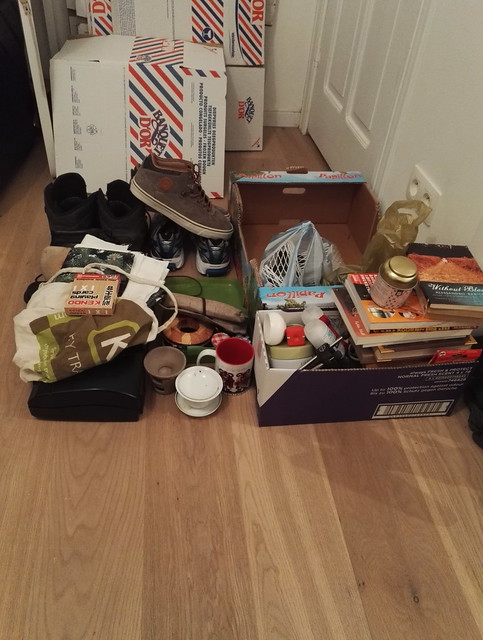 On the information gathering part I got in to contact with a few Hungarians living in Japan asking for advices. They are there for a while, so hopefully it helps 🙂 I found two websites already for getting a data sim in Japan. (https://t.iijmio.jp/ , https://www.sakuramobile.jp/) Seems like you have to stay longer for a normal simcard. But data sims sound better anyways. I can be careful and not use it up in 30 days and save money on this too. IM, Line, Skype should be enough for everything.

I am also playing with the idea of a vlog. There will be videos for sure, but maybe I will make something more too.

Started to write a list about places I want to visit too! So if you are reading this and you have some ideas, suggestions please share those in the comments 🙂

Wednesday was an interesting day with a lot of running around but most importantly I got my VISA! Its a 1 year 3 months Visa from Wednesday. One more step towards Japan! They were super helpful at the embassy and we were done in 5 minutes. I also got 2 papers with it, one with information about entering the country and the other one is titled Guide to live in Japan. In 2 pages 🙂 And I could meet up with Áron and Eszter for a drink after. It is very nice to have some time for friends.

I have a few more weeks till departure, and until I will close this campaign. If you would like to help out you can still contribute! Even after the campaign is closed donations will be gladly accepted to paypal or bank account. It all goes to living costs and if there will be any plus that goes for traveling in Japan and showing you My Japan through photos and videos.